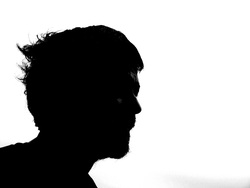 I was born in Concordia, Entre Ríos, Argentina in 1965. I have lived in several places. Since 2001 my house is in Uruguay, near the Rio de la Plata.

I have completed some research projects. Topics include composers from Argentina as well as the music of Edgard Varèse, James Tenney and Conlon Nancarrow. I have also worked on the theories of Henry Cowell and on microtonal music. One of my growing interests is our relationship with music in the digital era. I have written and published articles about these and other matters. Since 2010 I am a member of the National System of Researchers (SNI) of Uruguay.

I graduated from the Instituto Superior de Música de la Universidad Nacional del Litoral. There I also took part of the Taller de Música Contemporánea. In Concordia and Santa Fe I joined various popular music groups. Between 1991 and 2001 I lived in Montreal. There—with scholarships from the Rotary Foundation, McGill University and the Government of Québec—I completed Master and Doctoral studies at McGill. During the course of my Graduate Studies I was a member of the Group of the Electronic Music Studio (GEMS), composer-in-residence with the McGill Symphony Orchestra and the McGill Percussion Ensemble, and part-time instructor of Theory and Electroacoustic Music.  I did some further studies at Université de Paris VIII, Camping Musical Bariloche, Centre Acanthes, International Bartók Seminar, and Center for New Music and Audio Technologies (CNMAT).

The things I know—if we talk about music—I have learned from many people. Among them are Jorge Molina, Gerardo Gandini, Bruce Mather, Bengt Hambraeus, Horacio Vaggione, Mariano Etkin, Coriún Aharonián, James Tenney and Gérard Grisey.
My main composition teacher was Alcides Lanza en Montreal. I had previously estudied with Dante Grela in Rosario.
John Rea was my doctoral thesis supervisor.

I am Associate Professor of Composition at the Escuela de Música de la Universidad de la República (School of Music of the National University). I have also taught there Analysis and XXth Century Music courses. Furthermore, I have been coordinator of the Composition Area and supervised several student projects.
For many years I have been a new music activist, promoting events and projects of various kinds within the University as well as in collaboration with Núcleo Música Nueva de Montevideo (NMNM) and Proyecto Aves Errantes (PAE).

As guest of the Artist-in-Berlin programm from DAAD (2014-15) I lived and worked in Berlin for a year.